Just to mix things up, UlyssesSays adds two new StoryCard stories, both exposing rather than brandishing the idea that something is hidden, in one case hidden agendas concerning a metaphorical drawbridge and in the other inner secrets concealed in a shroud of thought. Thankfully, no malice is the purpose for the embedded stealth.

Both stories are wrapped in poetic phrasing to complement the underlying theme of love.

The first StoryCard Story, introduces the “Hidden” series and speaks of hidden agendas.  It’s a two-part story that not so subtly hints at deception in gender sparring, as each participant strategizes to get what they want. In part-one “Drawbridge Strategy—An Expose’,” the scales appear to be tilted in one direction as the bait of allure is swallowed hook line and sinker. Not to be outdone, the “almost-deceived-combatant” exposes in part two, “Drawbridge Strategy Preempted,” an adjustment that sports a brand of deception skillfully disguised as chivalry. The question is, “will each agenda converge or will neither get what they want?

The second StoryCard, themed “Faces Of Goodbye” presents “Don’t Go—The Concealment.” It speaks to those times when someone who is being left for whatever reason, experiences any one of a broad range of emotions dependent upon the relationship of the participants. Though the context clearly points to love, the type is predicated on the relationship, parent & adult child, friends dealing with unexpressed feelings, etc. In each case love causes the one left behind to grapple with whether the best interest of the leaver is served if confronted with the words, “Don’t go.”

Don’t Go—The Concealment is displayed below. Full StoryCards of each story may be found by clicking the name of each. 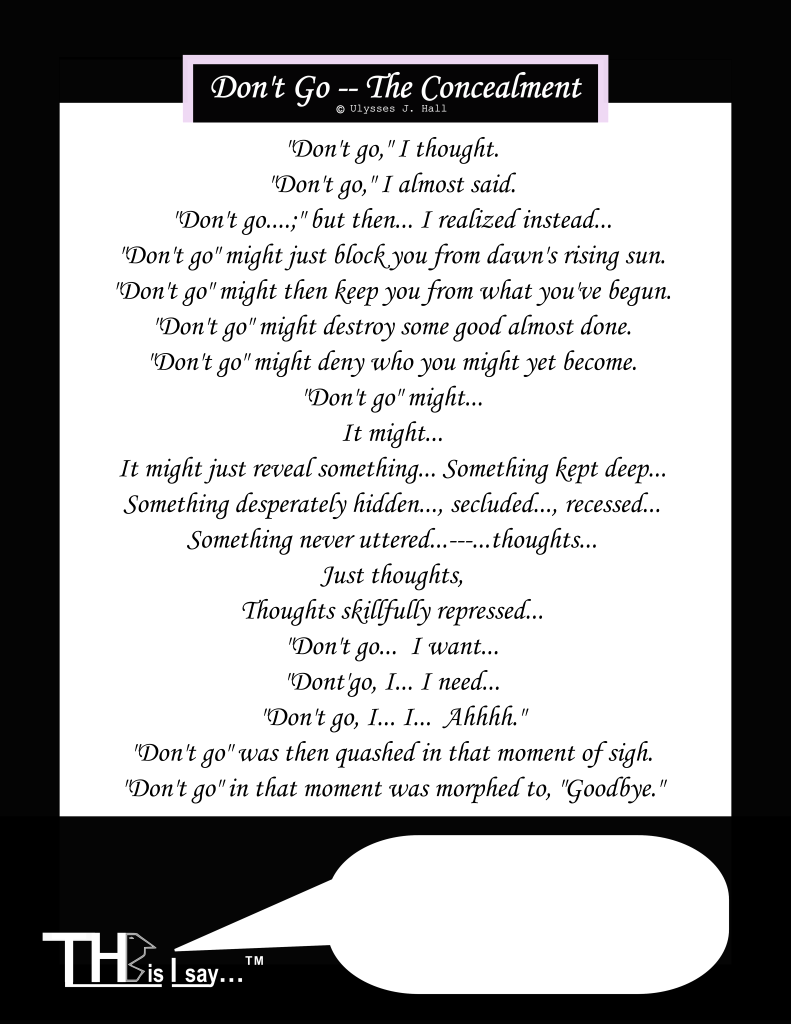